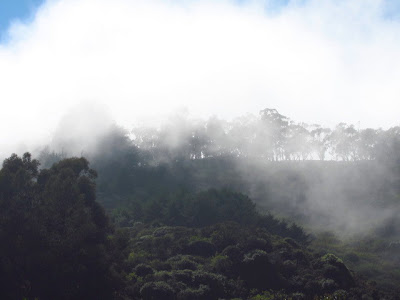 The second week of the practice period has just begun, and it feels like this great 80-person-power engine of dharma is starting to hum. All over the Bay Area, all over the country, all over the world, people are sitting in meditation, talking with their practice period buddies, tuning in to the dharma talks, getting ready for silent retreat in two weeks. It's quite a feeling, from this viewpoint: awe-inspiring, encouraging, and humbling.

I went for a short walk last night up in the hills, just as the sun was setting. The fog was streaming across the ridge from the west, the top of the fog bank brilliantly lit by last sunlight; an immense oceanic presence whipped by the wind into gray-white streamers and banners that dissipated as they raced downhill on the eastern side of the ridge.


After you have practiced for a while, you will realize that it is not possible to make rapid, extraordinary progress. It is not like going out in a shower in which you know when you get wet. In a fog, you do not know you are getting wet, but as you keep walking you get wet little by little. If your mind has ideas of progress, you may say, "Oh, this pace is terrible!" But actually it is not. When you get wet in a fog it is very difficult to dry yourself. So there is no need to worry about progress.

As I walked in the fog and felt its moisture on my face, I thought of Jaune Evans, a member of the practice period whose father-in-law, a physicist and meteorologist, studied - and collected - fog. Fog stored in Mason jars - what an idea! Trying to write about the practice period is like trying to capture fog in my hands, reaching out for it as it blows by and through me. There's something huge here, but it's ungraspable at the same time, disappearing and re-appearing as I write, only its sweet, cool breath on my cheek. 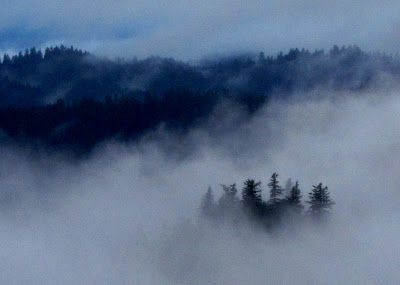 In the practice periods I attended at Green Gulch and Tassajara in the 90s, we were, literally, cloistered. During practice period at Tassajara no one went in or out of the narrow mountain valley except the "town trip" from Jamesburg once a week. Green Gulch was more porous, but still, the request was to stay in the valley for the whole seven weeks of practice period. Those among us who tended toward claustrophobia chafed at the restrictions, but when your energy cannot go outward, it goes downward, deeper into the ground of your life.

In Everyday Zen practice periods, the walls of the valley are as wide as the whole world. Some people in the practice period will be traveling to Nepal in October. A group of dedicated practitioners are doing the practice period in Germany. But what I find is that the feeling of restraint - of pulling back, albeit temporarily, from some of the outwardness of daily life in order to go deep - is here too.

Restraint is not a word that we admire these days. In our addicted world - addicted to substances, to motion, to consumption, to distraction - restraint implies giving up pleasure. And yet, this is the little secret of restraint: it seems that most addictions, while having elements of pleasure, are inherently unsatisfying. That's why they are addicting - the hope is that the next hit will finally be the one that completely satisfies. Restraint opens up heretofore unimagined possibilities of pleasure - pleasure in being with others, in actually showing up for one's life, in the simple beauties of seeing, hearing, smelling, touching, tasting. 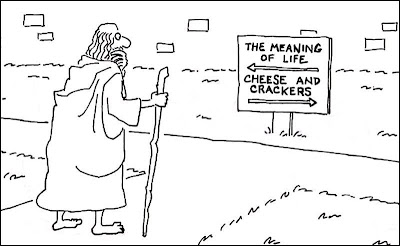 This was vividly apparent in a delightful book I read a few years ago, No Impact Man, about one family's experiment in simple living. A crazy writer decided to see if he and his family, living in Manhattan, could spend a year having no impact on the environment, or as little as humanly possible. The book is full of their discoveries of unexpected pleasures: side-effects, if you will, of their earnest attempts at environmentalism. For instance, they lived a while without electricity at night and found, to their astonishment, that they were talking to one another, and spending time with friend (by candlelight) more than they had in years. After the year was over, they continued living with much of their self-inposed "retraint", but not out of guilt – life was actually better than it had been before.

My own experiments in practice-period-induced-restraint takes several forms. I have an intention to slow down during the practice period, and I asked others to remind me if I'm zooming around at my usual pace. To my surprise I'm actually remembering to slow down - now and again - and it's an astonishing practice. I'll be crossing a parking lot on foot at my usual rapid clip and then, suddenly, boom - I remember, slow my pace, and everything changes. I feel my feet on the asphalt, my hands at my sides, my head balanced on my spinal column. Life seems abruptly quieter and more centered, as if I am no longer leaning forward into the next moment, but actually inhabiting the one I'm in. Exquisite.

Other restraints have developed more organically, as I work with the intensity of being shuso and what my body and mind needs to stay balanced in this time. Normally, I'm a little bit addicted - OK, a lot addicted - to the news. And even more reasonable news consumers than I tend to get a little obsessed from September to November every four years or so, for obvious reasons.

But I have found the news quite literally nauseating in the last week (OK, no snide comments about the Republican convention). I find myself driving around with the radio firmly turned off.


I've been on "news fasts" before, and always appreciate the way my heart and mind feels - less frightened, for one thing, and more open- but this fast feels essential, as if I couldn't be shuso while filling myself on a diet of fear and dread and anger.

And this brings me to the final thing I've been thinking about this week: prayer.

Norman brought up prayer at the end of seminar on Wednesday, and prayer is not a word one hears a lot in Zen circles. On Thursday I had quite an extraordinary conversation with an old friend. She is a medical receptionist in Seattle, and I have always thought of her as a quiet bodhisattva. She is one of the most consistently, unfailingly kind people I've ever known (ah, if only all doctor's offices had people like her! We'd all be healther and happier). We have known each other for about ten years, and I knew she is a liberal Catholic, but last Thursday she offhandedly mentioned something I had never known about her.

She told me that she spends all day praying for people. Before she even gets out of bed she is praying for people she knows who are sick or suffering. All day long, as she is going about her life, working, shopping ....she is praying. I am sure she has prayed for me many times. Her life is a life of prayer. And suddenly what I had seen and experienced in her over the years made sense. I had often wondered how it was that this ordinary woman in her 70s could be such a source of goodness in the world, to everyone she touches, to everyone she talks to on the phone or greets in the office, to her many family members, to patients and neighbors and friends.  Now I understood.

Regardless of your feelings about divinity or faith, a person who spends all day wishing for the relief of others' suffering is a gift to the world. And I think about the choices my friend has made, day after day, year after year, to bring her mind to prayer, and how it has shaped and turned her into a beautiful person, like heartwood turned on a lathe.  And I also think of how invisible her practice is. In ten years of knowing me she had never mentioned her practice. I don’t think she was hiding it; it is simply so much part of her as to be completely ordinary and unremarkable. 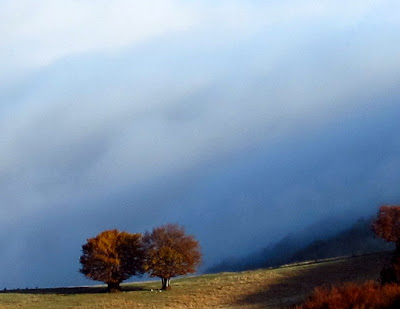 I think this is part of what Suzuki Roshi meant when he talked about walking in the fog. His image is often cited as a beautiful expression of the Soto Zen way, the ordinary, undramatic way. Other Zen people sometimes criticize Soto as being too ordinary, not focused enough on life-changing awakening experiences. But walk in the fog long enough and you’ll be soaked through, and you won’t even know when it happened. My friend is a Soto Catholic, I think, or maybe even a Soto saint. She’s been walking in the fog of prayer so long that it has soaked her, through and through.

P.S. If you'd like to listen to the talks from the practice period, they will be posted online at Everyday Zen Teachings.