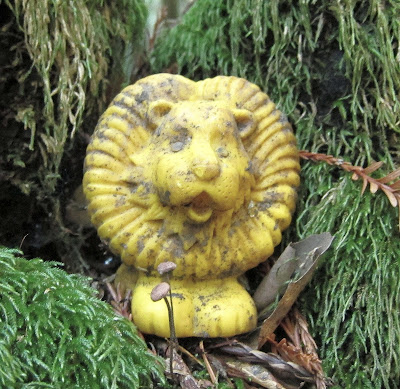 The Old Woman, Zhaozhou, and the Tiger

One day when Master Zhaozhou Congshen was outside the monastery, he saw an old woman hoeing a field. He asked her, “What would you do if you suddenly met a fierce tiger?”
She replied, “Nothing in this world frightens me,” and turned back to her hoeing. Zhaozhou roared like a tiger. She roared back at him.
Zhaozhou said, “There’s still this.”


Today I was walking in the Marin hills on a little-used trail. I saw no one else at the trailhead or anywhere in front of or behind me. It was a lovely cool day, and I was enjoying my walk, until I heard a loud rustle in the dried vegetation of a ravine below the trail. I stopped. I listened carefully. Rustle. Pause. Rustle. Definitely a large animal. I tried to see what was there, with no luck. Rustle.

There are deer and coyotes in the hills, but also mountain lions. I knew it was probably a deer, but I also knew that it could be a lion. I felt very small---in fact, I am very small.  The animal was making its way up the ravine, still hidden by the chapparal. It sounded like it was making an effort to get up to the trail in front of me. Probably a deer. But what if it wasn't? No one nearby, a small tasty woman all alone....

I am not that old woman in the story with Zhaozhou. I turned tail and walked, quickly, back toward the trailhead. Many things in the world still frighten me.


This last Sunday I was "entered" as Shuso for the nine-week Everyday Day Zen Fall Practice Period. Shuso is a Japanese term for a very old Zen tradition, dating back at least a thousand years in China and Japan. It is translated as "head monk" or "head student" for a Zen monastic practice period. The shuso helps the teacher lead the practice period, and it is an initiation into the Zen way of helping and working with people. Within the tradition of San Francisco Zen Center, it is generally the first time a Zen student formally gives dharma talks or teaches, even if they have been studying Zen for twenty or thirty or forty years (we Zen people are slow learners).

Even though Everyday Zen is a non-monastic Zen community, we have had practice periods and shusos too, for the past eight years or so, every fall. So there I was, Sunday morning, driving to the Headlands, a rented meditation hall north of the Golden Gate Bridge,  just above Rodeo Lagoon inside the Golden Gate National Park. The light was beautiful on the Bay as I drove, a sheen of silver, the fog lifting and rolling back toward the ocean. 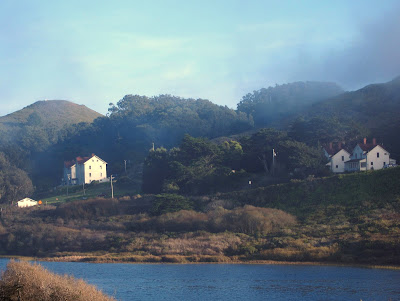 I was very frightened. I'm not even quite sure why. The shuso entering ceremony is quite formal, and has a few memorized lines, but that doesn't quite explain the fear. I'm not normally afraid of public speaking. I love this community, and feel love and support from them. I've known the teacher, Norman Fischer, for more than twenty years, and we've been through a lot together. But it was like I was standing on the edge of a cliff, one that I knew I would soon be jumping over. At the moment I was looking out over vast space and swallowing hard, wondering how I would ever manage to leap.

This is particularly mysterious because I have admired shusos for so long, and fantasized in countless retreats that one day I might be in the role. This reminds me of a favorite old story. Once upon a time in China there was a man who was obsessed with dragons. He collected dragon figurines, studied dragon mythology, wrote poetry about dragons, loved dragons with all his heart. He did this for years and years. Of course, he'd never actually seen a dragon, since dragons are vanishingly rare. But word got out to the dragons that they had a real fan in the human world, so one day a dragon came to visit, just to meet this person who loved dragons so much. When the dragon's head appeared in the man's window, he fainted in fear, came to, and ran away. 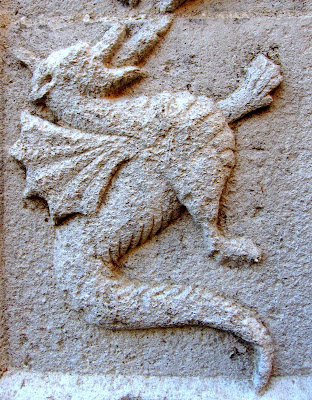 So that's me last Sunday morning, the shuso-lover, about to meet the shuso, and scared witless.

I made it to the meditation hall, and then spent the day in silence, mostly, sitting and walking in meditation. Every time someone greeted me with "shuso!" I said, "Not yet. I can still walk away!" The ceremony was at the end of the day. And here's the great thing about the ceremony, which is also very old. The memorized lines are all variations on, "I am not ready to be shuso." In fact, at the height of the ceremony, the shuso-to-be tries to walk out of the room, twice, before being called back by the teacher.

I haven't done a poll on this, but I have a feeling that some part of even the most avid shuso-to-be actually would like to walk out of the room at that point. Or maybe that's not quite right. I knew I wouldn't actually walk out of the room, but saying yes also felt impossible. Suddenly the cliff was in front of me, instead of below me, and I couldn't see how I could possibly climb it.

Now I see that there is no way to climb it, of course. There is just moving forward, trusting the next moment to be under your feet. It was, and now the practice period is one day old and all of us who are part of it are all moving forward, each in our own way, but somehow linked. 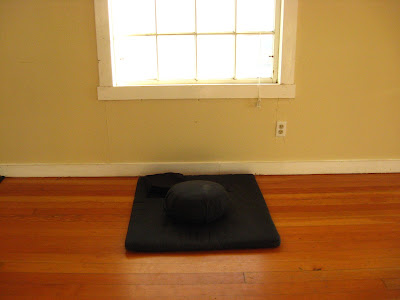 There are nearly sixty people in the practice period in the Bay Area, and another twenty-six doing a "long distance practice period" all over the world. I chanted their names for the first time this  morning, and it feels like those eighty-some people are inside my skin, behind my eyes, sitting with me on the cushion. The practice period is still in front of us, supposedly, but in the blink of an eye it will be over. We will never all be together in this way again, and I will almost certainly never be shuso again, gone in a heartbeat. There is a poignancy there that I can taste, even as we are just beginning.

For the next nine weeks we will be studying the stories and koans from the book that Sue Moon and I have just handed in to Wisdom Publications: Record of the Hidden Lamp. The book is a collection of one hundred stories of awakened Buddhist woman, from twenty-five centuries, with commentaries by contemporary women teachers. The story that started this post is one of the stories in the book. We have been working on the book for nearly three years. 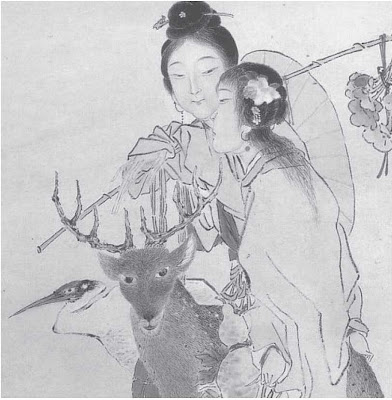 It is astonishing to me that this is the focus of the practice period, and I am overwhelmed with gratitude to Norman for choosing to use these stories that are so close to my heart, that I have been living and breathing for so long, and that I think will be so important for both male and female dharma practitioners, going forward. Women have been hidden in Buddhism for a long time, anonymous like the old woman who roared like a tiger. Perhaps this is the first time in the long history of Zen a Zen practice period, led by a male teacher, has focused on women's koans and stories, women's teaching and practice. Incredible.

My dear friend Dana Velden, always cutting-edge, started the tradition of a shuso blog when she was shuso at San Francisco Zen Center years ago. My intention is to write something every week, something to give a glimpse, for Zen people and non-Zen people alike, into the experience of a particular practice period and the mysterious path of this old tradition.

P.S. If you'd like to listen to the talks from the practice period about the women's stories, they will be posted online at Everyday Zen Teachings. 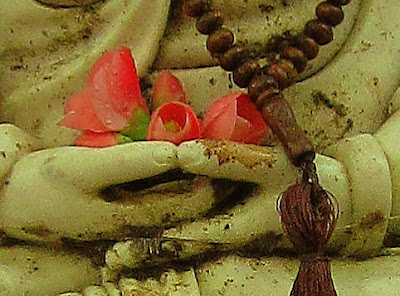