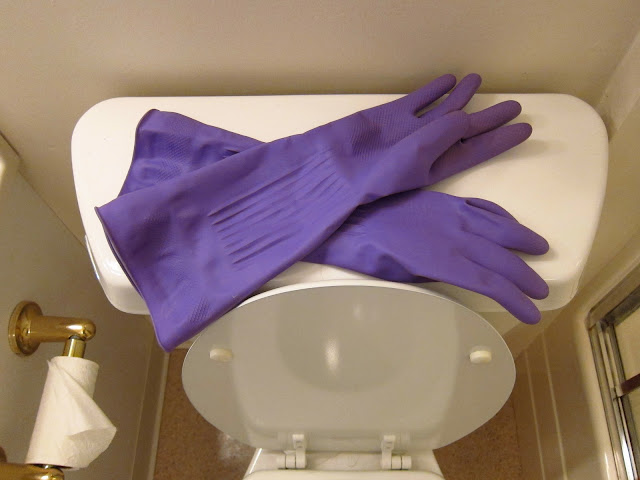 Everyone wants more of the words on the right; less -- or hopefully none -- of the words on the left. But each set of words go together. Loss and gain are intimately connected; as are status and disgrace; praise and blame; pleasure and pain. Life doesn’t dish up slices of one without the other, but most people, including me, live with the unconscious fantasy that it just might be possible to live a life of all gain, status, praise and pleasure. “With enough money, enough friends, enough good luck....maybe....”

The first time I saw this list was years ago, posted on the refrigerator in a Zen Center kitchen. They are particularly apropos for a Zen kitchen. In the monastery, just as in ordinary life only more so, meals are among the small pleasures that everyone looks forward to. A really good meal can evoke tremendous expressions of gratitude and praise. But as I explored in my last post, in traditional Zen meals there is little or no choice of food, so feelings can also run high in the other direction. I have seen Zen cooks practically run out of the monastery for preparing the wrong kind of soup too many times in a row, or forcing their own food ideas (“salt is a bad idea”) on the whole community.

During the sesshin I was doing a variant on the traditional shuso job. In the monastery, the shuso and the benji (his or her right-hand woman or man) are responsible for the compost and garbage. This is profoundly wise, I think, on the part of whatever distant Zen ancestor established the tradition. Being shuso is a time of stepping forward into some degree of leadership and visibility, some degree of status (see above!), so what better job to balance things out than taking out the garbage, the stinkier and grosser the better!

Since we don’t have a monastery at Everyday Zen, there isn’t much garbage or compost. But there are plenty of bathrooms, so the shuso cleans bathrooms, an equivalently “low” job. I cleaned the bathrooms at the place where we hold our one day sits, at the beginning of the practice, with my friend Monica, and doing it together was both gross (the bathrooms were really dirty) and fun, in a bizarre kind of way. But Monica was only sitting in the mornings at sesshin, so the bathrooms were all mine.

Every afternoon I would put on work clothes and purple gloves, grab my collection of organic sprays and sponges, and start going from bathroom to bathroom. For the record, at Santa Sabina there are seven bathrooms, some with multiple stalls. They were already quite clean, since the staff cleans them in the morning, but there was usually just enough accumulated grime and other, um, leavings, to justify a little spiffing up in the afternoon. Besides, in Zen practice we don’t care how clean something already is: if the job is to clean an already clean bathroom, well, you clean it.

And this is where it gets interesting. I got very depressed every afternoon. I was not only doing a “low” job, I felt “low.” Cleaning bathrooms changed my identity, albeit temporarily, to “bathroom cleaner,” and I didn’t feel proud of being “bathroom cleaner.” I walked around feeling, pardon the expression, like a piece of shit myself, like a very small, very unimportant person.

It doesn't take a PhD in sociology to figure out that the way I felt is probably shared by a lot of people who do “low” jobs: house cleaners, maids at hotels, dishwashers, garbage collectors, fast food employees, homeless people begging on the street. It’s not pleasant, and it would take a very strong, very confident personality to not be affected by that job identity – at least it would take a personality stronger than mine! I’m planning to remember that the next time I leave my unwashed sheets in my hotel room and wonder whether to leave a tip.

But then, for the rest of the day each day of the sesshin, I was “shuso”. I was the only person in the room not facing the wall during meditation; I led the morning services; I gave talks; I held teas. And as soon as I took off those purple gloves, I felt like “somebody” again. After my first talk, I had so many nice notes from people that I felt like more than just somebody again: I felt pretty special. Scared me, actually. How do you accept praise and not get stuck to it?  How do you do a “low” job and not get stuck to it? Clearly the praise is not the problem, nor is cleaning bathrooms. The problem is the stickiness.

This reminds me of a Zen story about one of the other set of words: praise and blame, It is almost certainly apocryphal, but it’s still worth hearing:

A beautiful girl in the village was pregnant. Her angry parents demanded to know who was the father. At first resistant to confess, the anxious and embarrassed girl finally pointed to Hakuin, the Zen master whom everyone previously revered for living such a pure life. When the outraged parents confronted Hakuin with their daughter's accusation, he simply replied "Is that so?"

When the child was born, the parents brought it to the Hakuin, who now was viewed as a pariah by the whole village. They demanded that he take care of the child since it was his responsibility. "Is that so?" Hakuin said calmly as he accepted the child.

For many months he took very good care of the child until the daughter could no longer withstand the lie she had told. She confessed that the real father was a young man in the village whom she had tried to protect. The parents immediately went to Hakuin to see if he would return the baby. With profuse apologies they explained what had happened. "Is that so?" Hakuin said as he handed them the child.

So Hakuin is an example of not being flung around by the powerful eight winds. Sometimes I think I’m doing pretty well in relation to the eight winds, that I know better than to be caught by praise or blame, status or pleasure....but then something as small as cleaning a bathroom reminds me that I’m just as vulnerable as the next person.

I remember, years ago, hearing something on the radio that really moved me. It was the final speech of a Congressman before stepping down from office after being caught taking large bribes from defense contractors, and other ethical failings. He said, "In my life I have known great joy, great sadness, great achievement. And now I know great shame." I could hear in his voice that he meant it, and he had seen something profound about his life. I might not agree with his politics or his actions, but at that moment I was full of admiration for his honesty, and for his willingness to bear the shame that he carried.

I think it's fair to say that most of us will know, intimately, aspects of all eight of the winds. Rather than trying to sidestep them, or pretend they don't matter, maybe, like this unfortunate Congressman, we should bow down to them. "Yes," we could say, "I know this, too, now. This is part of being alive, part of being human." Each wind is part of our foolish, clownish, tragic humanity, after all.

Here’s a final story, appropriately scatological and pretty funny, as many good Zen stories are:

A famous Buddhist poet of the Song Dynasty was assigned to an official post on the northern shore of the Yangtze River. Across the river was a Zen temple with a famous teacher. One day the poet, feeling quite advanced in his practice, wrote a poem and sent it across the river to the teacher:

"Bowing with my highest respect
To the highest gods,
Whose fine light illuminates the whole universe,
The eight winds cannot move me,
For I am sitting upright on the golden purple lotus blossom."

After reading the poem, the teacher wrote down one character as his comment and sent it back to the poet. The word was "Fart!" ("Pi" in Chinese, which means "utter nonsense")

Upon seeing this insult, the poet was furious, and crossed the river to argue with the teacher. When he arrived, he asked, “How can you insult me like this?"

Innocently, as if nothing had happened, the teacher asked, "How have I insulted you?" Without saying another word, the poet showed the word "Fart."

Laughing wholeheartedly, the teacher said, "Oh! Didn't you say that the eight winds cannot move you? How come you are sent across the river with just a fart?" The poor poet was extremely embarrassed.

How have the eight winds moved you -- or not?