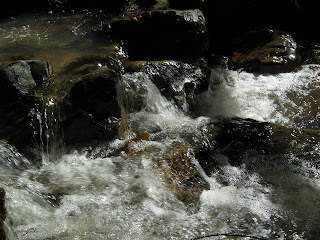 Isn't it strange, the way so many things are happening at the same moment? At this moment,as I write this or you read this, an inconceivable number of events are occurring: someone is experiencing the greatest happiness, another the greatest grief; there is an avalanche cascading down a mountain slope and somewhere else a light rain has begun to fall; a small creature is being born and another creature is dying; a new star is forming, and somewhere another star is winking out, its light and heat fading away into darkness. All at once. 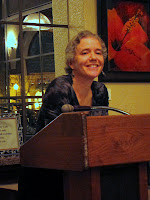 Yesterday and the day before I experienced this mystery with particular vividness. Thursday night I was reading from Wildbranch at a local bookstore with two of the book's contributors. It was a lovely night, and local friends came out to hear us. I shared a story from a reader of the book, who had told me that she had given up reading environmental literature because it was too depressing, but she had realized that Wildbranch was about love, love and intimacy with our world, and love is a more potent force for action than despair. I felt so happy about the book and what it offers, so happy to be sharing it and reading from many contributors.


I came home from the reading to the news of the earthquake and tsunami in Japan, which had happened as we read.
I was up much of the night, knowing that there could be a tsunami on the west coast of North America, and concerned for my little retreat cabin a few feet above high water on the Washington coast, my neighbor and her children, and my sweet friends who were staying in the cabin that night. I knew enough about tsunamis to know that they can cross whole oceans in a matter of hours without much diminution of their force. I knew that the county had called for an evacuation of all houses at sea level, including mine and those of my neighbors. 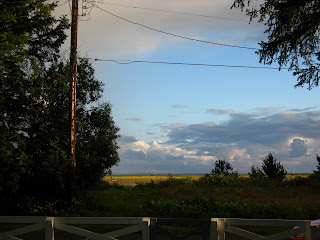 Several of us at the reading had arranged to go hiking the next day. The next morning I left for the hike before the time that the first major waves would come ashore. I had reached my friends who were staying at the cabin, and they had left and driven back to their own home, safely above sea level, but I didn't know what would happen to the cabin and the small community around it, all of which sits just a few feet above sea level on a narrow peninsula on Willapa Bay, a stone's throw from the open ocean and the roaring surf. I've always known that it is vulnerable to an event just like this one. Would this be the time?

Then, for the next few hours, I was hiking and looking at spring wildflowers, and I don't know what happened, except that the four of us on the hike fell into a kind of grace, one of those times of magical ease and beauty, unlooked-for, unrepeatable, perfect. 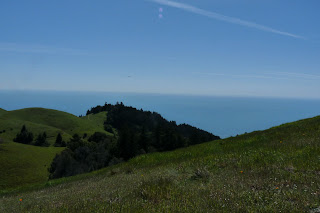 It was a clear, sunny spring day after rain, the air soft and subtly misty, the ground exhaling its moisture. Our trail started high up on Mount Tamalpais, then descended the open west-facing slopes of the mountain, views far out over the ocean, north to Bolinas and south to the very tops of the towers of the Golden Gate Bridge. The grass - not just the grass, but everything, every tree, shrub, herb and moss - was deeply, brilliantly green, the hallucinatory green of March in the coastal hills. After a while the the trail entered the redwoods and turned upward again, following waterfall after waterfall back up the mountain, up mossy stone stairways. 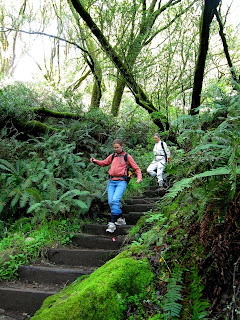 Some of us in our little group of four knew each other well, over many years; others were just acquaintances. Two Zen practitioners, three writing teachers, one botanist. What we shared was our love of literature and the natural world, and this moment together. We talked and walked and admired flowers and mushrooms and the light through the redwoods. We took photographs and shared gingerbread and homemade coffee cake by the side of the creek. We told stories. We wandered on and off the trail. I left my walking stick by a flower and then it reappeared, leaning against a railing on an entirely different trail. The day unfolded with a kind of ease that only happens now and again, in dreams or, if we're lucky, for a few hours in waking life.

The whole time I didn't know what had become of the only place I can call home, whether the sturdy little white cottage underneath the Sitka spruce was filled with muddy water as I walked the hills, or still sitting quietly in the rain, unharmed and whole. Or what might be happening in Japan or elsewhere all along the edge of the Pacific. There was nothing I could do, but I didn't forget, and it gave a subtly different feeling to the day for me, a kind of strangeness that made the light more brilliant and the grace more poignant.

When I got back to town, many hours later, I heard from my neighbor that everything was fine. She talked about how the day had been for her, also not knowing, waiting, and the gratitude she felt for the simple gift of being fine, of having a house and safe children, of making a pot of soup and starting a fire in the woodstove. How often do any of us remember to be grateful for our lives as they are, in all their ordinary details? 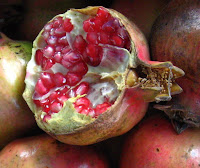 Meanwhile, across the ocean, thousands of people are still missing. Tonight, as I write this, people are huddled in makeshift shelters, mourning their homes, their friends and relatives, their pets, the lives they once had - lives that can be rebuilt but which will never be the same. And I sit here, still bathed in a sense of well-being from my day in the hills, feeling happiness for what was not destroyed in my life. These things exist side by side, utterly connected and yet also independent of one another.

I read tonight that the Dalai Lama has asked people in Dharamsala, the home of the Tibetan government in exile for more than fifty years, to chant the Heart Sutra 100,000 times for the people of Japan and all who are suffering disaster.

The Heart Sutra says "form does not differ from emptiness, and emptiness does not differ from form." Another way of saying it is that I am, at the same time, both an individual with a history and an experience that is uniquely my own, and completely connected. I am affected by an earthquake across an ocean from me, and yet walked the hills as others suffered and died. We breathe air that has been in the lungs of a lion, the stomata of 300-year-old coast live oak, the nose of Buddha, but when we breathe, only we can breathe our breath, this one irreplaceable, unrepeatable breath

And on the day I die, there will almost certainly be someone walking those hills I walked yesterday, bending to look at a wildflower, smiling at a friend, breathing in the clean ocean air. We will share that moment, not knowing each other, linked inextricably. 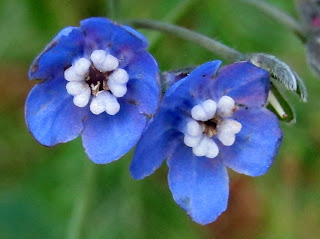