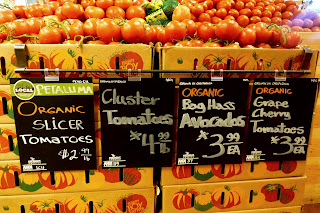 This afternoon I shopped at Whole Foods, the aisles just brimming over with the beauties of the world: rare and tasty cheeses, the finest carefully-chosen organic vegetables glowing in artfully arranged piles, forty different artisan breads made by hand from stone-ground flour, Fair Trade chocolates from around the world (chocolate and lavender, chocolate and chile, chocolate and espresso beans). The food of gods and goddesses, and I'm one of them, grateful and amazed, even as I know that this abundance can only be temporary, in a world of such disparities, where so few have so much and so many have so little. 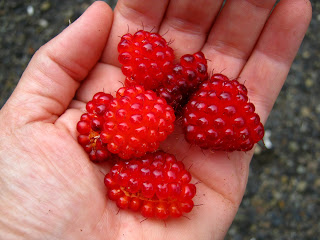 When I was a kid growing up in Terre Haute, Indiana, we shopped at the A&P grocery on 9th St - Wonder Bread, Hostess Twinkies, old wilted broccoli (who wanted fresh vegetables when canned and frozen lasted so much longer?), Folger's instant coffee.
"Organic" didn't exist.
The Wabash River flowed through town and an abandoned park on the river was my favorite haunt, but the river was so polluted that in all my years there I never dreamed of touching the water. Now my hometown has a restaurant where all the food has been grown or raised within one hundred miles, people catch and eat fish from the river, and The Nature Conservancy is working to protect the riparian forests of the Wabash which is - to my astonishment - the longest free-flowing river east of the Mississippi, an ecological treasure, a jewel. 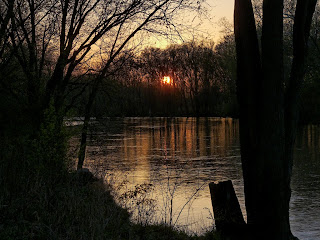 from http://www.flickr.com/photos/rsteup/4507766722/sizes/o/in/photostream/
Meanwhile, every day there is another story about the disappearing fish stocks in the world's oceans. Meanwhile the song birds are coming back from migration in fewer and fewer numbers. Meanwhile...well, you know the stories, you read them too. When I'm with a group of like-minded friends, sometimes we trade these stories, a badge of our shared despair. I've begun to wonder if this is helpful, for the song birds or for us.
When I was working in Southeast Alaska this summer, I saw abundance that seemed far beyond anything I'd ever known. The inlets and waterways were filled with diving murrelets (endangered south of Alaska), auklets and puffins; the streams were full of silver salmon; humpback whale spouts could be seen in all directions; every kelp bed was filled with flipper-waving sea otters. On land the deer barely bothered to lift their heads when we entered their rich sedge meadows; bear sign was everywhere (I would have been happy with a little less bear sign); and sandhill crane pairs trumpeted from their nests in secret muskegs. 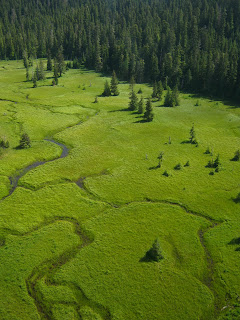 It was wonderful and encouraging, and it would be easy to stop here, to write a few elegiac words about how the whole world must have once been like this - but it's not so simple. Here are a few examples of the not-simplicity of the abundance I saw....
Until a few years ago, there had been no sea otters in Sea Otter Sound for a hundred years or more - they had all been hunted out by the Russians and the English and anyone else who appreciated the warmth and value of otter-skin coats. Thanks to the Marine Mammal Protection Act and tireless work by biologists and others, they're back, more every year, but the local people say that they're eating all the shellfish, and the shellfish beds are barren and empty now. 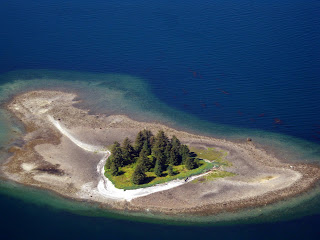 The bears and deer move through a landscape that has been decimated by some of the most rapacious clear-cutting ever seen on this planet. The Tongass National Forest was, between the late 1960's and the late 1990's, nothing short of a national sacrifice area, its vast dark forests of old growth hemlock and Sitka spruce merely fodder for two huge pulp mills on the mainland, its landscape scarred by thousands of miles of roads. Our national heritage was sold for a pittance, a tiny fraction of its worth, to keep those two mills turning out toilet paper and newspaper - toilet paper no doubt sold at the A&P in Terre Haute, Indiana - and to keep the owners of those mills providing large donations to Alaskan politicians.
A small group of activists. local subsistence-based people, biologists and foresters fought to stop, or at least mitigate, the damage, and they won. The cutting on Prince of Wales Island has largely stopped (except, ironically, on native-owned lands.....that's a whole other story). 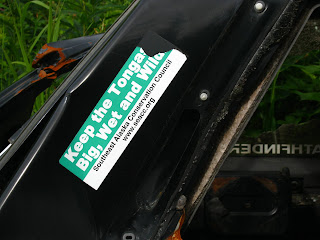 One biologist I know, who has been working on Prince of Wales for eighteen years, said he had never seen so many bears before. The bears are coming back, the forests are coming back, with each storm the land reclaims another road.
Some of the salmon I saw in such abundance are hatchery stock, moving upstream to where they were born, where they will be milked of their eggs before being hit over the head and their carcasses dumped nearby. The bears like this a lot.
Our fingerprints are everywhere, doing good, doing harm, one step forward, one step back. Sometimes we don't even know if it's good or harm, or both. Even as I write this on this rainy night, I look out on to the dark slopes of Mount Tamalpais. I am spending the winter here again because I love being in a place where open space is a stone's throw from where I sleep, where mountain lions and red-shouldered hawks are my neighbors. 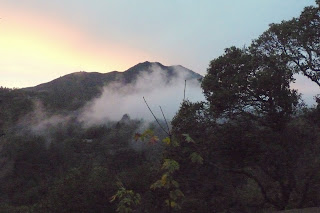 Mt. Tam from outside my window
But Mount Tamalpais was - and continues to be - saved from urban sprawl by generations of wealthy or influential (or both) peope who fought and fought to protect it, some of whom are probably shopping at Whole Foods right now, debating with themselves about which fish is most "sustainably harvested" for their Saturday dinner.
The world of owls and whales and otters may be in big trouble. I suspect it is. We, goofy troublesome primates that we are, may be in very big trouble, and I'm almost certain we are. But some of us have the will and energy to fight for the world, and the world has immense powers of recuperation, of renewal, even as we mess with it in our various ways. I don't even pretend to understand what's going on, but I suspect that abundance and diminishment, kindness and rapaciousness, damage and renewal walk together.
I do know this: the rain and wind that soaks the hills tonight and that brings such misery to those without homes in the streets of San Francisco will also bring the salmon up the streams to dance their old dance above their redds again. And the willow saplings planted along those streams by a hundred volunteers will take root in the wet, take hold, begin to grow. 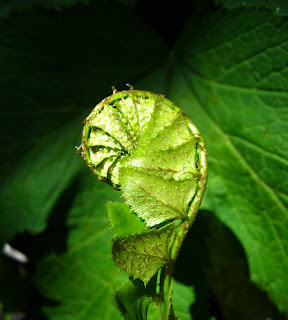 P.S. Let's continue the conversation...if you post an online comment, I promise to respond.
Posted by Florence